Crammed in our basement closest, in a dark corner sits a box groaning under the pressure of several other heavy, unopened boxes. This one box, bent, but intact, contains half a dozen journal, I’ve hardly glanced at in thirty years. They’ve moved with me from Georgia to North Carolina, Indiana to Texas, Texas to England, England back to Georgia,Georgia to Wisconsin and Wisconsin back to North Carolina. Stored cargo, these forgotten words are hidden deep in my ship’s hold, perhaps one day to be discovered by someone who cares enough to look through them. I’m not sure why I don’t dig back through those notes. Why I don’t glean those lost pages. Early on, a few years after writing them, I’d review the journal, scan what I’d written, but grow bored. I decided while writing this to pause, and like a revived pirate scavenged that box to see what would happen if I ran my fingers through those gleaming pages again. 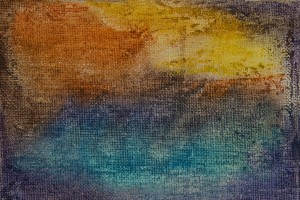 It struck me, reading my journey back then, how I wrote things just as I saw them. Raw stuff with little creativity, or description, or excitement. Frankly, compared to now, it seems there wasn’t really that much going on in my life. Not a lot to be writing about. My life seemed dry. Uneventful. Routine. Little drama. Consider these entries:

So there you have it. My life. Back then. Pretty routine. Life. As it was. I kind of miss it actually.

The one time journal notes were worth reading and re-reading was when hard things happened to me, to my family. Those found a place in my journal years later. In red. I wrote about that in the previous blog. The pen dipped in a well of tears and pressed hard on paper by fingers latched to a broken heart. I’d thought I’d never write like that again, because I hoped to never be in pain like that again. I often tell my sister-in-law, who edits my writing, that I can only write when I have something to write about. When I wrote Fires of Sorrow (the story of that journey) I had something harsh to write about. The stuff in my heart was raw. The thoughts in my mind were freshly borrowed from the wounds in my soul, and formed into words still wet from the pain. People read words like that. I try to read books written by people who think they have something to say, but it’s all so dry. Mechanical. Put’s me to sleep. Like my “old” journal notes.

The second season in my life where I had something real and raw to write about happened on the open space and broad plaines of ministry. While cancer in my family nearly robbed me as a husband and father, the anguish of ministry nearly robbed me of passion. Pastors and missionaries who experience attack from the sheep they lead, or attack from the outside know exactly what I’m talking about. I held onto that pain for a while and carried it nearly alone into a new ministry, hoping it would disappear on its own, but the load only increased. Talking helped some. Elaine and I looked for ways to speak to each other about it, but our emotions crisscrossed into each other’s vulnerable spaces. We seemed to only trade emotions. We found others who could help us navigate our feelings, and they brought relief for a moment. The new ministry provided a good place to serve, and more people to love, and love us back. But, it was writing that finally helped bring the most release. I pounded on the keyboard all that sprang from the crammed wall of my heart, and welcoming words of release slung to the screen of my computer. Eventually a theme came together. Key ideas and principles swung off these themes into neat chapters and sections, but I wasn’t satisfied yet. It felt good to get it off my chest, but I was bored when I re-read my notes. I thought, if I’m bored, others will be bored.

Then I had a novel idea.

I decided to place my experiences into a story on the shoulders of a fictional character, and the story flowed. Three months later the draft was complete, and a year later The Whisper was published. It was my story, my way of trying to figure out what rebellion would have looked like, had I chosen that way. Of course, I did not choose rebellion, but what if I had? Like a journal written in the heat of suffering, this novel written during the pains of ministry, set me on a path to recovery in a way simply writing out my struggles blandly could have never accomplished. Since then I’ve written a sequel called The Guardian describing how a pastor discovers tremendous healing from the support of the community of his elders. His Guardians.

Not everyone can write, or needs to write to process their pain. It is never wise to hold onto pain, however. God has made us emotional beings, but also creative beings. Much of that creativity involves expressing ourselves during times of suffering. We know of artists whose best works were created during their hardest times, musicians who composed their masterpieces in times of deep loneliness and loss, athletes who performed best when something had been taken from them. My father, for example, became an accomplished pianist while convalescing from TB for two years as a teenager.

Is it possible God will press us to bring out the best in us? Work His best through us when we are hurting? It was AW Tozer who said, “It is doubtful whether God can bless a man greatly until He has hurt him deeply.” Have you ever thought that your pain can become God’s canvas to create His best work? Are you allowing Him that? Or are you resisting Him?