I often write to process things in my own life, probably as much as to instruct others. That’s certainly the case with this blog. Here’s what I’m processing right now. Christians can be amazingly compassionate when wrong is done, but not all that good at confronting hurtful behavior. I see that going on in the church. We do a lot of forgiving, but little effort is placed in effectively addressing and eradicating sinful behavior. As a result, forgiveness becomes like painting a rusted frame; in time the rust will push through and overwhelm again. Unresolved sin will do the same. In my current work, Fruitful Vine Ministry – a service helping Christian leaders discover health- I pick up pieces left scattered by this skewed and incomplete approach to relationships. 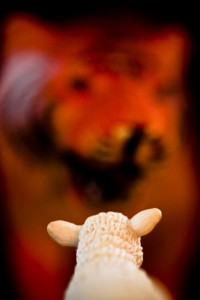 I wonder if the world is better at this than we are.

Take sexual abuse for example. More specifically, look at how the secular world responded to the Duggar family with the sexual behavior of their oldest son, compared to the way Christian’s have responded. It was fascinating to watch. The world called for his head, while Christians spoke of forgiving and forgetting without any consequence. They’re a good family, they’ll take care of it.

A recent article by a popular Christian pastor gave a testimony that really got me thinking more deeply about this. A vicious, antagonistic member of his church did everything imaginable to malign the pastor, nearly wrecking his ministry. For years the pastor defended himself against the lies told about him, only to brace himself for the next attack. The offender was there, every Sunday morning, greeting the pastor with a large smile only to attack him again for another week. What was the pastor to do? How could he survive this?  Well, the Holy Spirit stepped in and provided exactly what the pastor needed. A different attitude toward his antagonist. Full victory finally came, not because of any change of behavior in the mean member, but because of the pastor’s now supernatural ability to forgive. To love his enemy. He even prayed for the man’s success. And that God would bless him. It worked. The pastor moved on with a new heart toward the man, and the man continued to tell his lies about the pastor. (Before posting this, I wrote the author of this article asking why the man was allowed to continue this behavior. I was encouraged to hear that the pastor had done everything to involve his elders in confronting the man. Because they refused to, he had no choice but to deal with this on his own. That reinforces my concern, however. That a pastor is left to his own discipline and strategy to handle and overcome abuse, while leaders responsible to watch his back and stand by his side sit idly by, leads to more damage strewn across the landscape of the church.)

I’ve seen it happen too often around me. Mean people move around uncontested. Uncontrolled. Victims survive by forgiving. Little is done to put an end to the offensive behavior. If the elders confront the sinner, others might intervene and call for a forgiving heart. After all, this is church, not a war zone. And so, people get away with sin, and a lot of superficial compassion and forgiveness gets tossed around with insufficient force to stick.

Is it possible to be compassionate and forgiving, while also maintaining strength in firm opposition to sinful behavior? Is it possible for love to actually drive us to confront sin? I think so. Well, I know so because the Bible tells me so.

Titus 3:10 “Warn a divisive person once, and then warn them a second time. After that, have nothing to do with them.”

Matthew 18:15 – 17  “If your brother sins, go and show him his fault in private; if he listens to you, you have won your brother. “But if he does not listen to you, take one or two more with you, so that BY THE MOUTH OF TWO OR THREE WITNESSES EVERY FACT MAY BE CONFIRMED. “If he refuses to listen to them, tell it to the church; and if he refuses to listen even to the church, let him be to you as a Gentile and a tax collector.

1 Corinthians 5:11-13 “But now I am writing you that you must not associate with anyone who calls himself a brother but is sexually immoral or greedy, an idolater or a slanderer, a drunkard or a swindler. With such a man do not even eat. What business is it of mine to judge those outside the church? Are you not to judge those inside? God will judge those outside. Expel the wicked man from among you.”

I Timothy 1:3-4 “As I urged you when I went into Macedonia, stay there in Ephesus so that you may command certain men not to teach false doctrines any longer nor to devote themselves to myths and endless genealogies. These promote controversies rather than God’s work – which is by faith.”

The most loving and compassionate thing we can do is tell sinful people to stop their harmful behavior. They’re hurting themselves, and they’re hurting the body. And, if they continue, they are out! We care too much about them, and love them too much to allow them to continue in damaging behavior. We want them whole, and complete; their continuing sinful behavior is keeping them from truly walking in victory. Love drives us to see the offender experience victory.

After all, forgiveness sticks best on a wall etched by the the marks of sorrow-over-sin, repentance and longing for reconciliation. When we confront sin we are then able to introduce the gospel as the cure. The gospel means nothing apart from the raw awareness of one’s own sinfulness. We live in a day where it’s deemed intolerant, un-compassionate, inconsiderate and offensive to point out sinful behavior. However, if we really love people, and are truly convinced that continuing in this behavior might cost them eternally (as is true of any willful rebellion against God) is not the most compassionate, the most considerate and loving thing to do, to confront them with this truth?

In a time of universal deceit – telling the truth is a revolutionary act. – George Orwell