Spiritual growth is not arriving at some point where we need Jesus less and less because we are getting better and better; it’s realizing how utterly dependent we are on Christ’s cross and mercy. -Tullian Tchividjian

For most of my life I believed God would only use me if I was a completely healthy and clean vessel. It’s what I grew up believing. The preaching that influenced me most stressed this point, that I better work really hard at being good, because God will only use spiritually strong people. It’s why in college I burned all my secular records. (I did justify keeping an LP of James Taylor and Supertramp, though.) 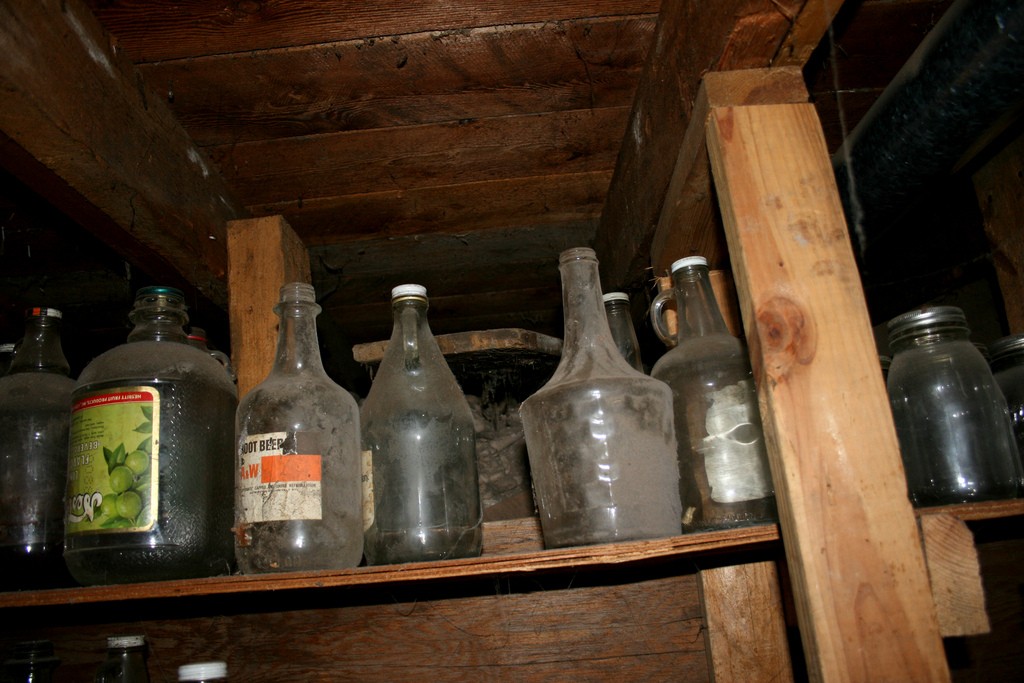 The speaker at our Spiritual Life meetings that week told us, “God cannot use a dirty vessel”. My wife and I were preparing to be missionaries, and there was no way we could serve effectively by dragging the world with us. I have lived most of life with the pressure that if God is going to use me, I had better shape up and be holy. So I tried hard to be good. Working out my salvation with fear and trembling. Sometimes literally with fear and trembling wondering quietly if my effort measured up enough to receive the approval of God, or, at least, the preacher.

My parents tell the story of when I was four-years-old, walking into the kitchen and finding me in the middle of the floor with sugar all over me. The sugar bowl sat on my lap. I looked up at them and blurted, “I didn’t do it.” In some sense, I have lived my life refusing to admit my true sinful condition for fear that God would never want to use me if He knew what I was really like. Even my spiritual upbringing and development under a holiness movement pressed me to embrace sanctification; being set apart for holy use. (They got it right, but I interpreted it in a way that placed the stress on my goodness, not on the goodness of Jesus given to me.) I preached it, expected it of myself and of others, and even quoted once in a sermon, “God can never use a dirty vessel”.

I’ve had a lot more time think about it, and a longer track record to review my lack of success, and I’m seeing it a bit differently now. If God only used perfect people, little if anything would get done. He’d be alone. The truth is, he uses sinners who are forgiven. Still sinners, but our sin no longer counted against us. He does what he does best through broken and failed people. It brings Him more glory that way. Why else did Paul say, “For it is by grace that we have been saved through faith, not of works otherwise we would have something to boast about.” (My paraphrase of Eph.2:8-9)

I no longer look cynically at the bumper sticker that says, “Sinner, Saved by Grace.” Yes, of course, I am still a sinner. What else would explain that I still sometimes sin. A perfect person would not sin. God uses sinners. People who still mess up, get back on their feet, ask forgiveness, receive grace and keep serving. Yes, we are clothed in the righteousness of Jesus. I get that. But that is the point. I am accepted by God, and available to him, and his to use, because of Jesus – not because of me. I am a sinner – still – but one who is forgiven. One who God can look at and say to Jesus, “You see that sinner there? I accept him because of what you did for him. He is pardoned.” Being aware of my sinfulness draws me deeper into the embrace of the one who declares me free, who chooses to never count that sin against me. I am no longer under condemnation, Paul says not, no longer a sinner. (Romans 8:1)

I drove four hours this last week to visit a high school friend who is spending life in prison for murder. Since being in prison (18 years now) he has come to know Jesus and embraced what Jesus did on the cross for him. He told me so. He has repented, received forgiveness and knows God no longer counts his sin against him. Jesus died for what my friend did 18 years ago. It does not change though that he is a murderer. It will always be true of him. But, he is a forgiven, pardoned criminal. We talked a  lot together about parole. There is a good chance he will be set free soon. He has a story to tell. One of being a sinner who is forgiven and how God uses people like that.

I’m a strong proponent of preaching that stresses law and grace. On one hand we preach the law because it reminds us of God’s perfect standard of righteousness and holiness. Preaching the law also condemns us, reminding us that we are unable, incapable of ever living up to its standard. (Read Romans 3-4)  A lot of preaching today stops at the law. “You should,” “You need to,” “God expects you to…”, “You can’t unless you…” – All to make us aware of what God wants, but leaving us frustrated that we can never do it. I grew up under that kind of preaching. (I do not mean that we are under the law, but that the law would still bind us had it not been for Jesus.) Grace, though, reminds us that Jesus met the requirements of the law for us. Yes, we can’t, but he did for us. The Gospel reminds us that we are embraced and accepted by God only because Jesus took on himself the punishment we deserved. I will never measure up to his standards. But thank God, literally, I do no need to. I don’t need to be perfect, and can never be perfect. I am still a sinner, but a pardoned sinner. And that is the kind of person God will use.
Paul could never forget it. It’s why he wrote this in 1 Timothy 1:15-16: Here is a trustworthy saying that deserves full acceptance: Christ Jesus came into the world to save sinners of whom I am the worst.  But for that very reason I was shown mercy so that in me, the worst of sinners, Christ Jesus might display his unlimited patience as an example for those who would believe on him and receive eternal life.

and …. 1 Cor. 15:6-11: Then he appeared to more than five hundred brothers at one time, most of whom are still alive, though some have fallen asleep. Then he appeared to James, then to all the apostles. Last of all, as to one untimely born, he appeared also to me. For I am the least of the apostles, unworthy to be called an apostle, because I persecuted the church of God. But by the grace of God I am what I am, and his grace toward me was not in vain. On the contrary, I worked harder than any of them, though it was not I, but the grace of God that is with me. Whether then it was I or they, so we preach and so you believed.